What is CUI? Controlled Unclassified Information (CUI) is government created or owned information that requires safeguarding or dissemination controls pursuant to and consistent with law, regulations, and government-wide policies. Federal agencies routinely use, store, and share information that does not meet the requirements for classified information, but requires some level of protection from unauthorized access and release. This information, which may be required for privacy, legal, or other reasons, is designated as CUI. However, data is categorized as CUI only if it is collected, transmitted, created and/or stored as a requirement of a federal government contract with the DoD.

What is CUI Classification?

So, what is controlled unclassified information (CUI)?

The CUI definition according to NARA is information that requires safeguarding from unauthorized access and release but does not qualify as classified information under EO 13526 “Classified National Security Information” or the Atomic Energy Act. CUI was established to standardize the way the Executive branch handles this type of sensitive information.

What is Federal Contract Information (FCI) and how is it different from CUI?

Federal Contract Information (FCI) is information not intended for public release. FCI is provided by or generated for the Federal Government under a contract to develop or deliver a product or service.  Click here for more information on the difference between FCI and CUI.

What is CUI Basic?

What is CUI Specified?

What is specified CUI? CUI Specified is a subset of CUI whereby a law, regulation, or government-wide policy requires specific handling or dissemination controls for the protection of information. An example marking of CUI Specified in a document that contains Controlled Technical Information (CTI) would be CUI//SP-CTI.

Cybersecurity Maturity Model Certification (CMMC) is the Department of Defense’s tool used to ensure the CUI Program, which was established in 2010, is implemented evenly across the DoD and the Defense Industrial Base (DIB), to comply with the many federal laws and regulations governing CUI. The CMMC framework has built-in maturity methods to guide an organization to the level of compliance that demonstrates appropriate CUI security measures that vary based on the nature of work and government information. Do you want to understand the correct way to protect CUI according to CMMC? SoundWay Consulting Inc. understands the major challenges you face as an organization with CMMC compliance, and you can trust SoundWay to be your consistent expert guide towards compliance. Please contact SoundWay Consulting Inc. at 571-210-0624 or via email at CMMC@soundwayconsulting.com to see how we can assist you. Also, see FCI vs CUI.

What is CUI Data? Key Takeaways:

Although CUI isn’t classified information, the federal government determined that it needs to be protected because its malicious release poses a threat to national security. As a result, the CUI program was created. Once the CUI program began to be implemented throughout the government, there was a push for non-federal agencies to handle CUI appropriately and ensure the safety of government information, especially since the loss of aggregated CUI is one of the most significant risks to national security. In recognizing that information security is a foundational requirement for the DIB Industrial Supply Chain, the DoD developed the Cybersecurity Maturity Model Certification (CMMC) for the protection of CUI. CMMC assesses members of the DIB to ensure they have sufficient systems in place to protect any CUI that resides on their networks in conformance with NIST SP 800-171 “Protecting Controlled Unclassified Information in Non-Federal Systems and Organizations”.

What is the CUI Program?

The Controlled Unclassified Information Program (CUI) was established for the purpose of standardizing the way the Executive branch handles unclassified information that requires safeguarding or dissemination controls pursuant to and consistent with law, regulations, and Government-wide policies. The National Archives and Records Administration (NARA) serves as administrator of the Program.

What is the CUI Registry?

The National Institute of Standards and Technology Special Publication (NIST SP 800-171) provides agencies with recommended security requirements for protecting the confidentiality of Controlled Unclassified Information (CUI) when it resides in Non-Federal Information Systems and Organizations. There are a total of 110 controls that are divided into 14 control families.

Yes, Personally Identifiable Information (PII) is a category of CUI and considered to be CUI if it is required as a part of a contract with the DoD. Examples of PII include personal address, phone number, driver’s license number, social security number, passport number, and credit card number.

CDI vs. CUI, What’s the Difference?

The DoD uses the terms CDI and CUI almost interchangeably as CUI is an umbrella term that encompasses CDI. However, CDI (Covered Defense Information) specifically means unclassified controlled technical information or other information and will usually come up in connection with DoD research agreements and other DoD contracts.

Who is Responsible for Protecting CUI?

The DoD developed the Cybersecurity Maturity Model Certification (CMMC) for the protection of CUI to assess members of the DIB (who can control CUI dissemination) and ensure they have sufficient systems in place to protect CUI. At the time of creation of CUI material, the authorized holder is responsible for determining CUI category, CUI markings and dissemination instructions.

Which Document Contains the DoD Cyber Regulations for CUI and CTI?

The Cybersecurity Maturity Model Certification (CMMC) was established by the DoD and is designed enhance cyber protection standards for companies in the DIB to protect CUI as well as CTI (which is a category of CUI). The CMMC cybersecurity framework consists of 110 controls and is based largely on NIST 800-171.

What Level of System and Network Configuration is required for CUI?

The Cybersecurity Maturity Model Certification (CMMC) has built-in maturity methods to guide an organization to the level of compliance that demonstrates appropriate CUI security measures. An organization must meet the security requirements of CMMC Maturity Level 2 in order to receive or generate CUI.

SoundWay has been helping the U.S. Government and its business partners for over a decade. To schedule a free CMMC consultation, please contact us at CMMC@soundwayconsulting.com 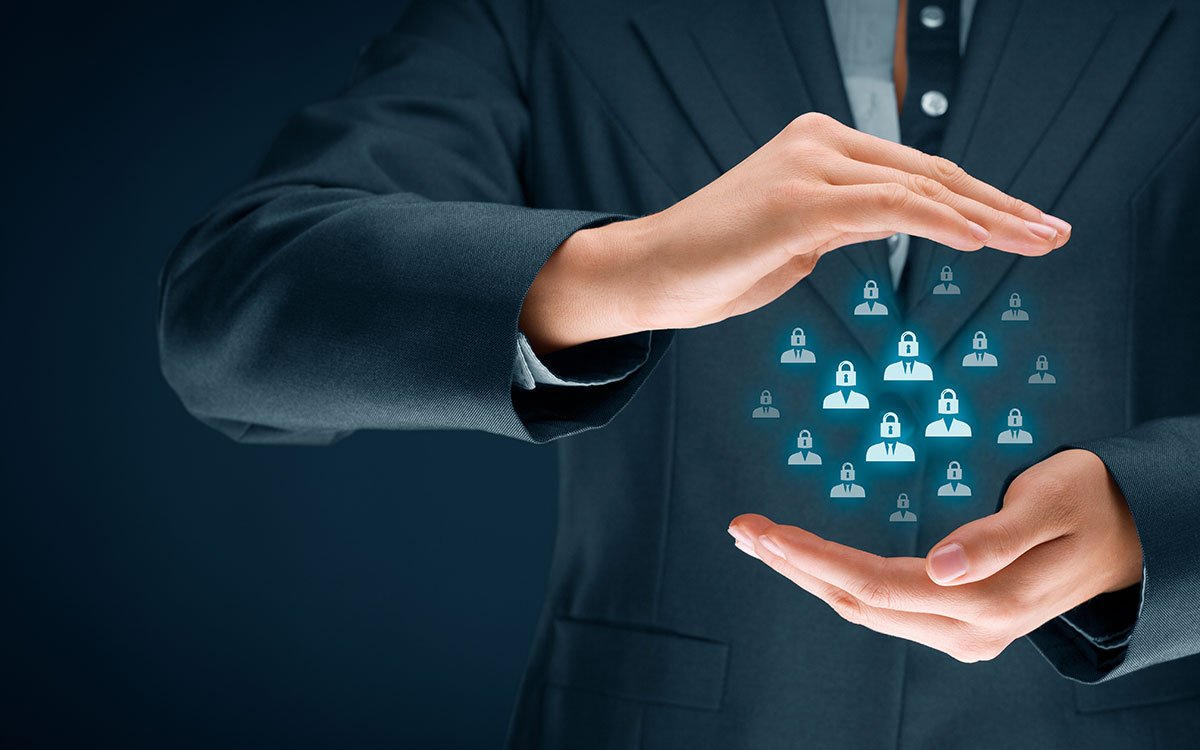 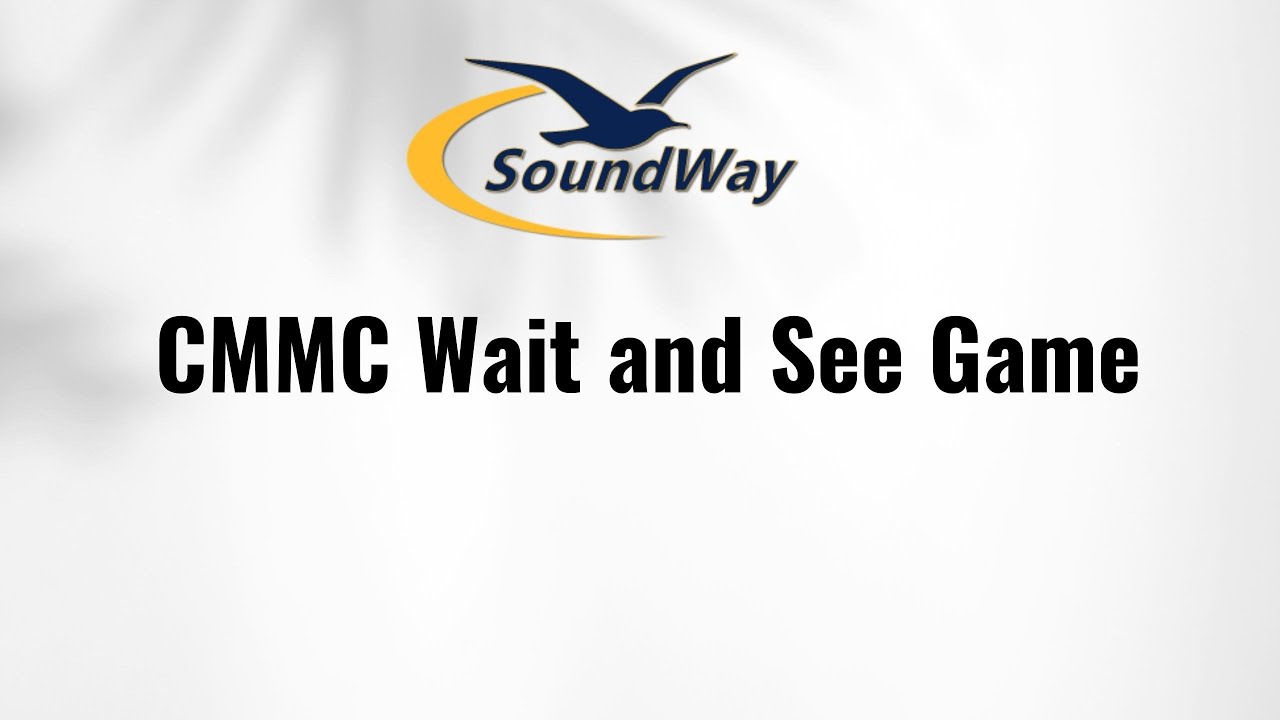 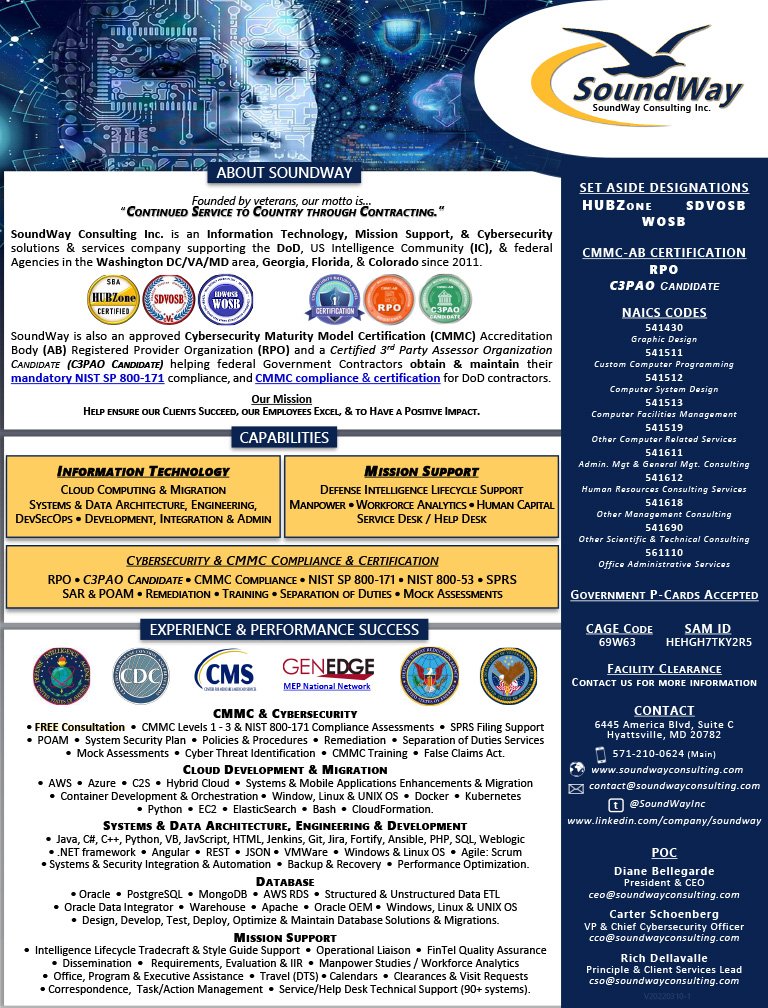